Gibson County was formed by legislative act on October 21, 1823. The County was named in honor of Col. John H. Gibson. Col. Gibson was a commissioned Lieutenant in the 28th Regiment of the Tennessee Militia. He was Second Major of Col. John Coffee’s Cavalry Regiment under General Andrew Jackson in 1812-1813. Although his descendants lived in Gibson County, it is believed he never did.

Gibson County has always been rich in agricultural. In its early days, Gibson County was excelled by no other county in the State, since nearly every farm product, including various grasses and fruits, was produced with sufficient ease to yield a handsome income. As commerce grew the strong railroad presence in early Gibson County help the communities to flourish.

Gibson County is rich in Civil War heritage. The conflicts in Gibson County ranged from those who have been barely mentioned in history books to those of greater importance, such as exploits of Nathan Bedford Forrest as he traveled through the county, destroying as he went.

One of Gibson County’s most famous resident’s was Col. David Crockett. David Crockett owned property near the area now known as Rutherford TN. This property is where he built his first log cabin in West TN in 1822. Among many accomplishments while a resident of Gibson County, Crockett served three terms in the Congress of the United States. The community of Rutherford still celebrates Crockett’s heritage with David Crockett’s Cabin open to the public for tours and the Annual Davy Crockett Days week long celebration of events.

To develop and maintain an economic environment which creates and retains jobs and enhances the quality of life for all citizens in Gibson County and West Tennessee.

SUPPORT THE CHAMBER OF COMMERCE. LEARN HOW TO BECOME A MEMBER! 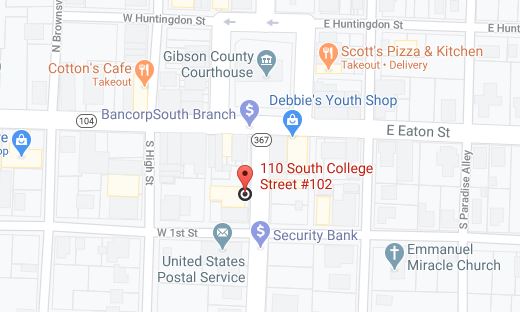